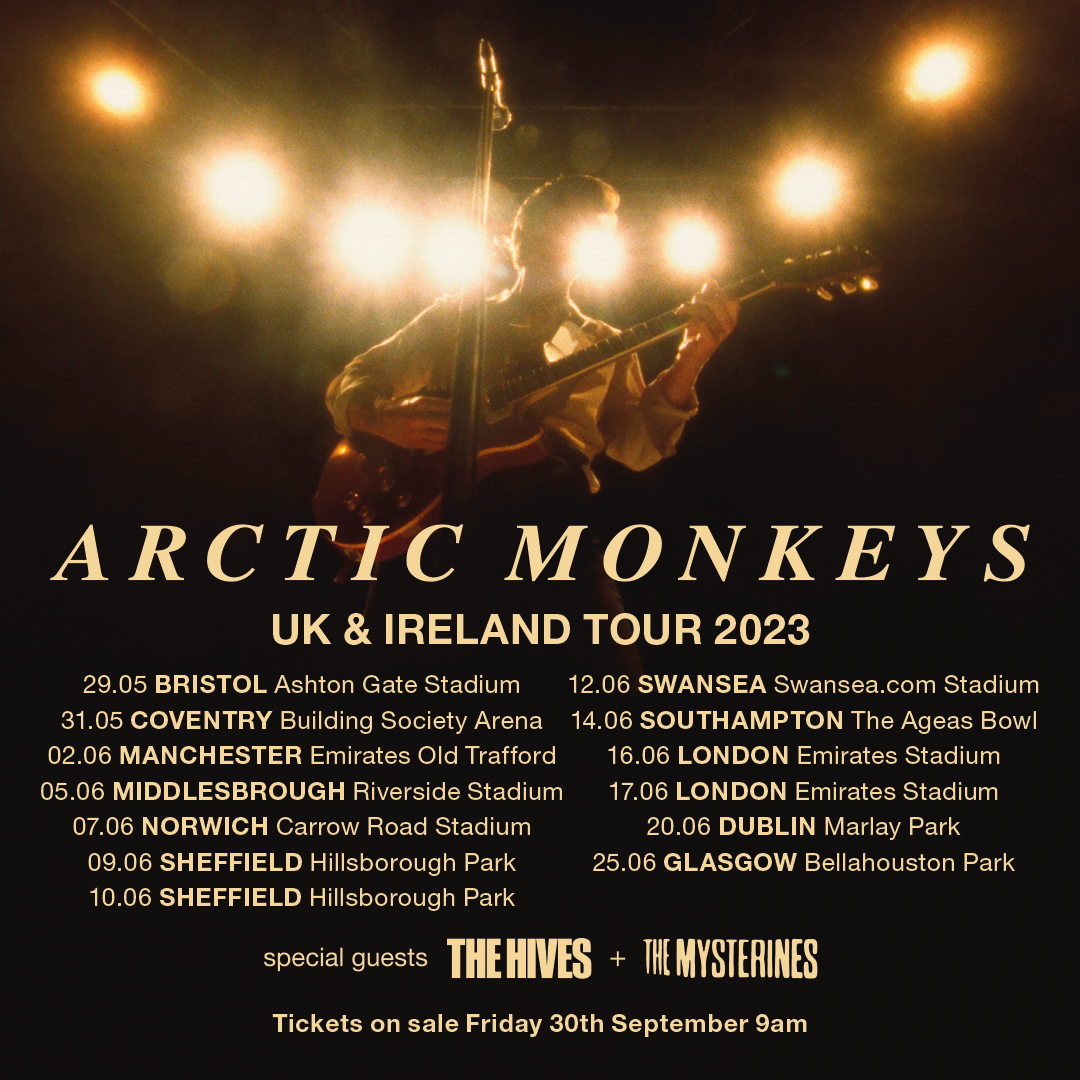 Way back in history, a bunch of young kids saw The Hives in their hometown, Sheffield. They then formed a band called the Arctic Monkeys, currently the only good European stadium size rock band in existence and The Hives are still exactly where they are, doing what they are doing, because The Hives are eternal. The two bands will now tour the UK together and everyone will live happily ever after!

Tickets for the shows go on sale at 9am on Friday the 30th of September, with a fan pre-sale beginning at 9am on September 29th. Those who pre-order Arctic Monkeys forthcoming new album ‘The Car’ from the band’s official webstore before 3pm on Wednesday 28th September will get access to the fan pre-sale.

See you in the stadiums!